from 110.00 per group
1 hour
Check availability
Let yourself be guided through a building, which today is the site of the famous Aachener Karls-Award ceremony and at the same time seat of the Lord Mayor. In the 14th century the Aachen Town Hall was built on the foundation walls of the Carolingian palace building. It is a stop on the Route Charlemagne. The neo-gothic exterior and the baroque interior of the building reflect its eventful history. In addition to the tour fee, a city hall entry will be charged. 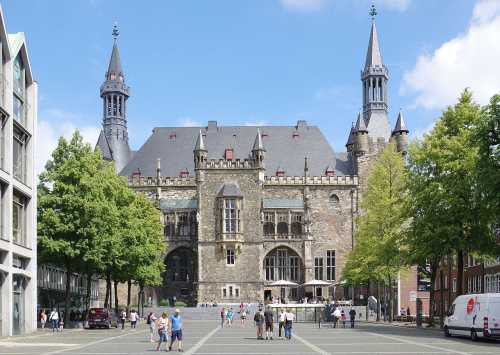